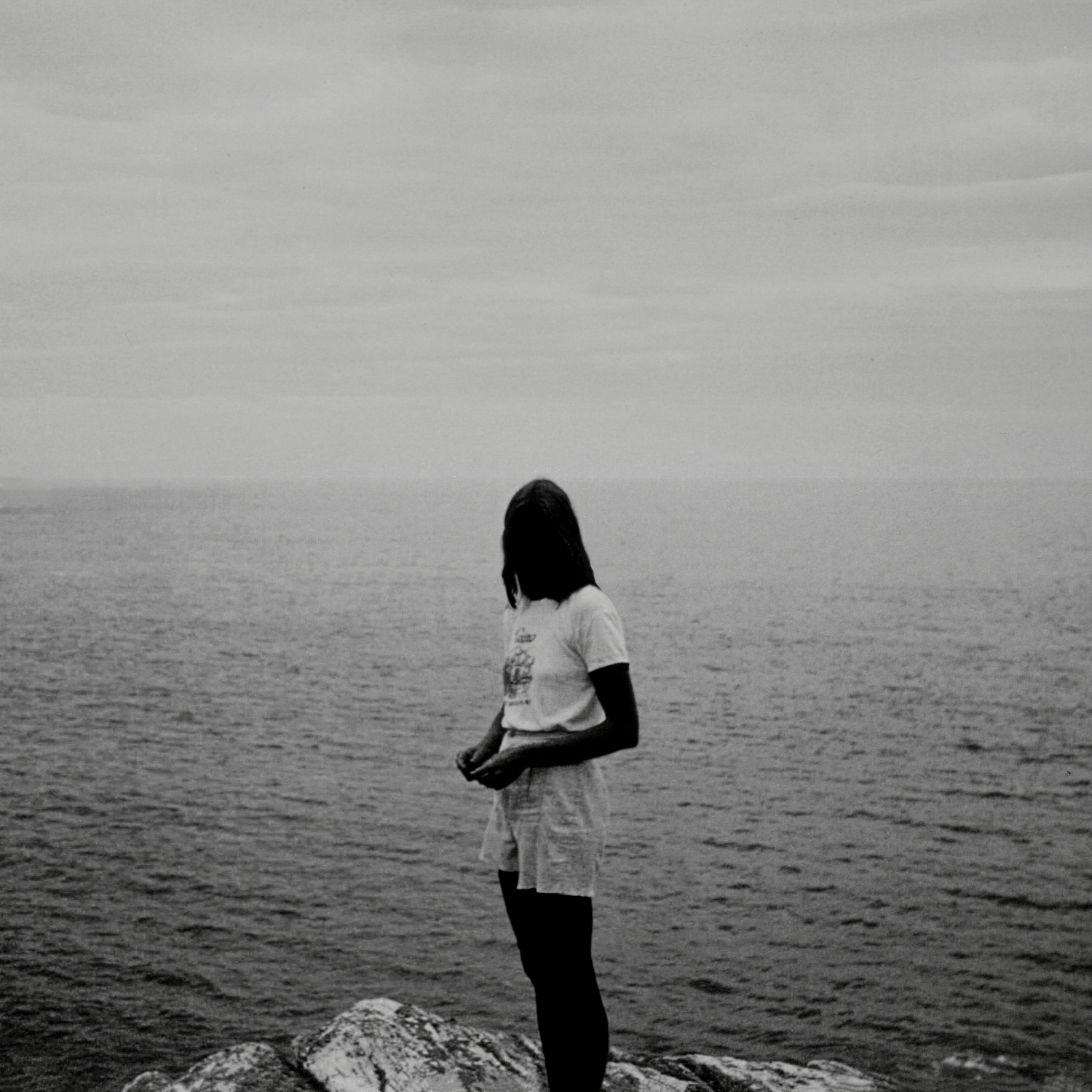 When 2020 began, Johnston had several national and international tours planned, but the pandemic shifted her focus back to recording, and back to her internal landscape. Midwife’s third full length record, Luminol, was written and produced during quarantine.

Luminol is a chemical used by forensic investigators to reveal trace amounts of blood left at a crime scene. When it reacts with blood, luminol emits a chemiluminescent blue glow that can be seen in a darkened room. In the same way this chemical reveals evidence at a scene, Midwife is interested in profound truth - turning trial and tribulation into sources of light.

Luminol navigates themes of incarceration, locus of control, clarity, self harm, confinement, agency, and truth-seeking, all erupting in a bioluminescent Rothko color-field of blue.

The Luminol album cover shows a dark figure standing at the edge of a body of water. It symbolizes the way humanity had been on a precipice throughout 2020, to later find out they had been there all along. Being one of Midwife’s most personal records, Luminol's cover artwork is a picture of Madeline Johnston's mother taken in the 1980’s, when she was the same age as Madeline at the time of recording. By redacting the figure, Johnston hopes that anyone could see themselves there, by the water, as a form leftover when all the elements of their lives are stripped away and what is left is a host.